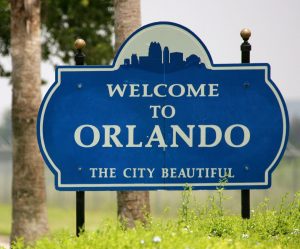 Orlando city council adopts the use of civil citations, use for marijuana, but with some changes. With a 4 to 3 vote, Orlando city council passed a revised measure that decriminalizes passion 20-gram grams or less of marijuana and gives police the discretion to issue civil citations instead of arresting people. The new bill does not go into effect until later this year, Oct 1. Mayor Buddy Dyer and commissioners Patty Sheehan, Regina Hill and Robert Stuart, voted in favor of the proposal. Orlando has been a leader in programs that provide an opportunity for at-risk children and a second chance for offenders. Buddy Dyer, said, “this ordinance would continue, to build on the efforts to help us protect, the future of young people while allowing our officers to use their very limited county and city resources.” The measure makes the first-degree a misdemeanor for marijuana passion and individual drug paraphernalia violation of city code. The city council request, city staff amended the proposal by increasing citations fines and adding a diversion program. The revised version now makes possessing 20 grams or less of marijuana a Class 2 violation, with a 100.00 fine for first offense, 200.00 for the second offense and mandatory court appearance for a third offense. The proposal also creates a substance abuse diversionary program that allows people who citation to do 8 hours of community service or 8 hours of substance abuse education instead of paying the fine. The goal for Orlando is to collect enough revenue, from issuing fines to support programs for substance abuse education.